LEARN FROM THE PAST FOR A BETTER FUTURE: FOLLOW THE TRACES OF JEWISH LIFE IN GERMANY, LEARN ABOUT THE HISTORICAL EVENTS, EXPLORE THE GLOBAL DIVERSITY OF REMEMBRANCE.

"Seven Places in Germany" is an online exhibition that uses a timeline to keep the memory of the Holocaust (Shoah) just as alive as the ongoing discourse about the culture of remembrance. As Visitors, you can scroll into the past and get to know the 7 places and many more sites of remembrance, vividly comprehend how they came into being, how they changed, how they were destroyed and how they came to life again. The simultaneity of events thereby illustrates diversity, differences and similarities. 7 places in Germany will be presented as exemplary over the entire course of time starting in the year 321, the year in which the Roman Emperor Constantine gave Jews access to the Council of the City of Cologne. Live events will complete the programme and provide an opportunity for exchange, sharing and networking.


REMEMBRANCE IS VIVID THROUGH COMMUNICATION. 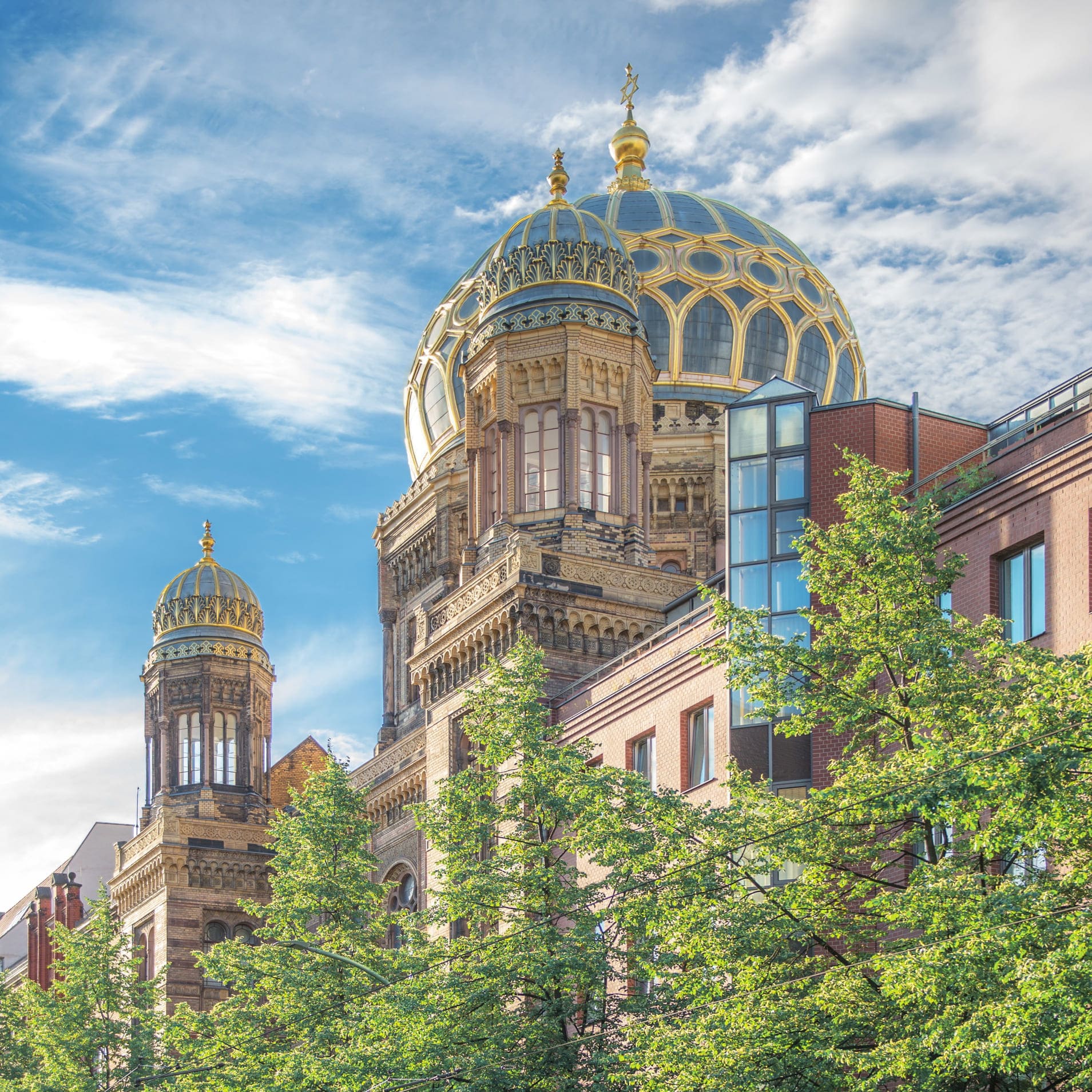 When Berlin and Cölln were founded in the late 12th century and later merged to form a twin city, Jewish merchants were already active in this region. From the end of the 13th century onwards, Jews lived permanently in Berlin.

Whether there was already a Jewish community in the late antique settlement Colonia Agrippinensis is still unclear today. Excavations in the former Jewish quarter, the site of the emerging LVR-Museum MiQua. LVR-Jewish Museum in the Archaeological Quarter Cologne, now allow the legitimate assumption that there was a prosperous Jewish community in Cologne in Roman times. The first written evidence for the existence of a Jewish population is a document of Emperor Constantine from the year 321, which in 2021 provides the starting point for the festive year “1700 years of Jewish life in Germany”. 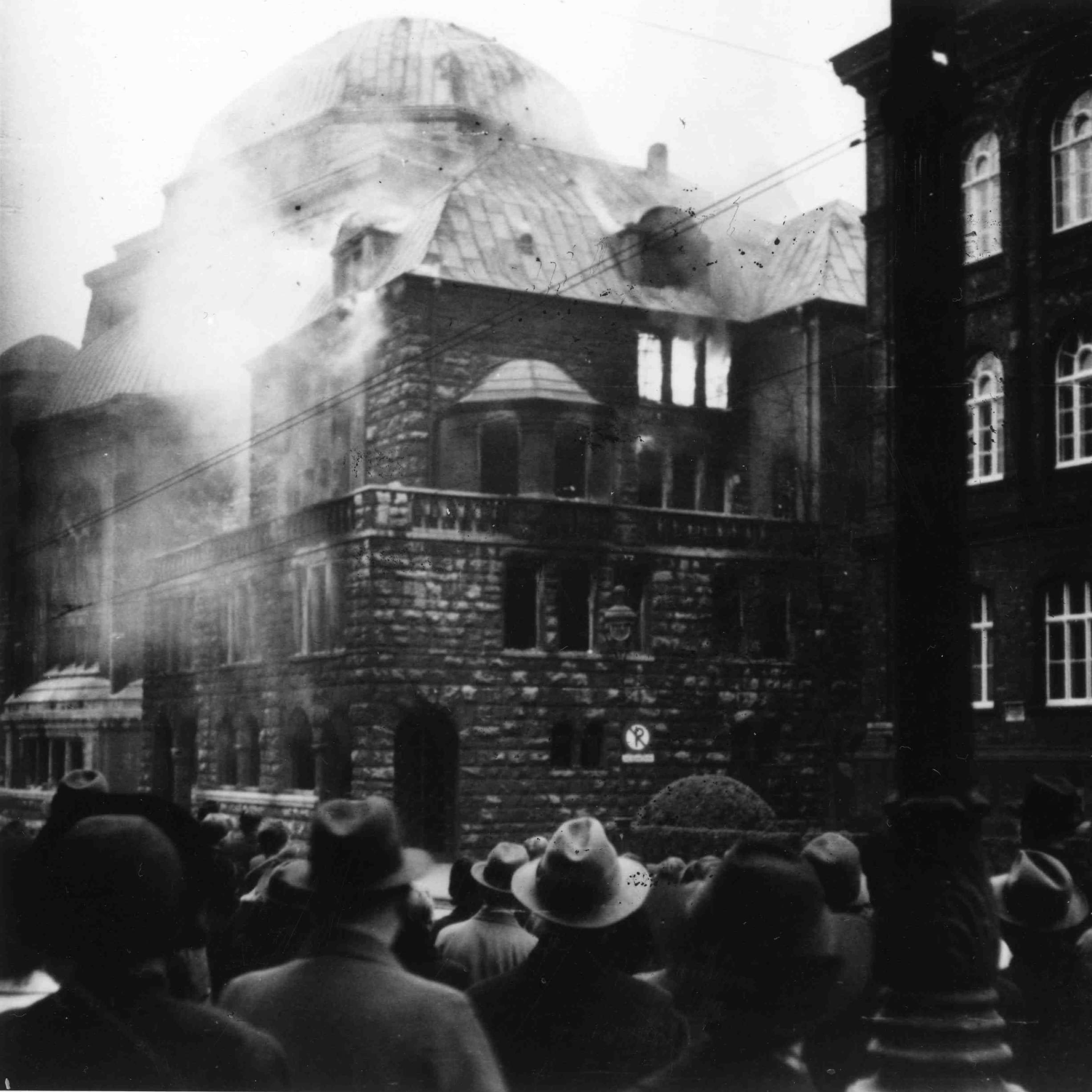 With a current population of approx. 570,000, Essen is the center of the Rhine-Ruhr metropolitan region; after Cologne, Düsseldorf and Dortmund, the city is the fourth largest in the state of North Rhine-Westphalia. As early as the end of the 13th century, Jews were first mentioned in documents in Essen; they were under the protection of the sovereign, the abbess of Essen. 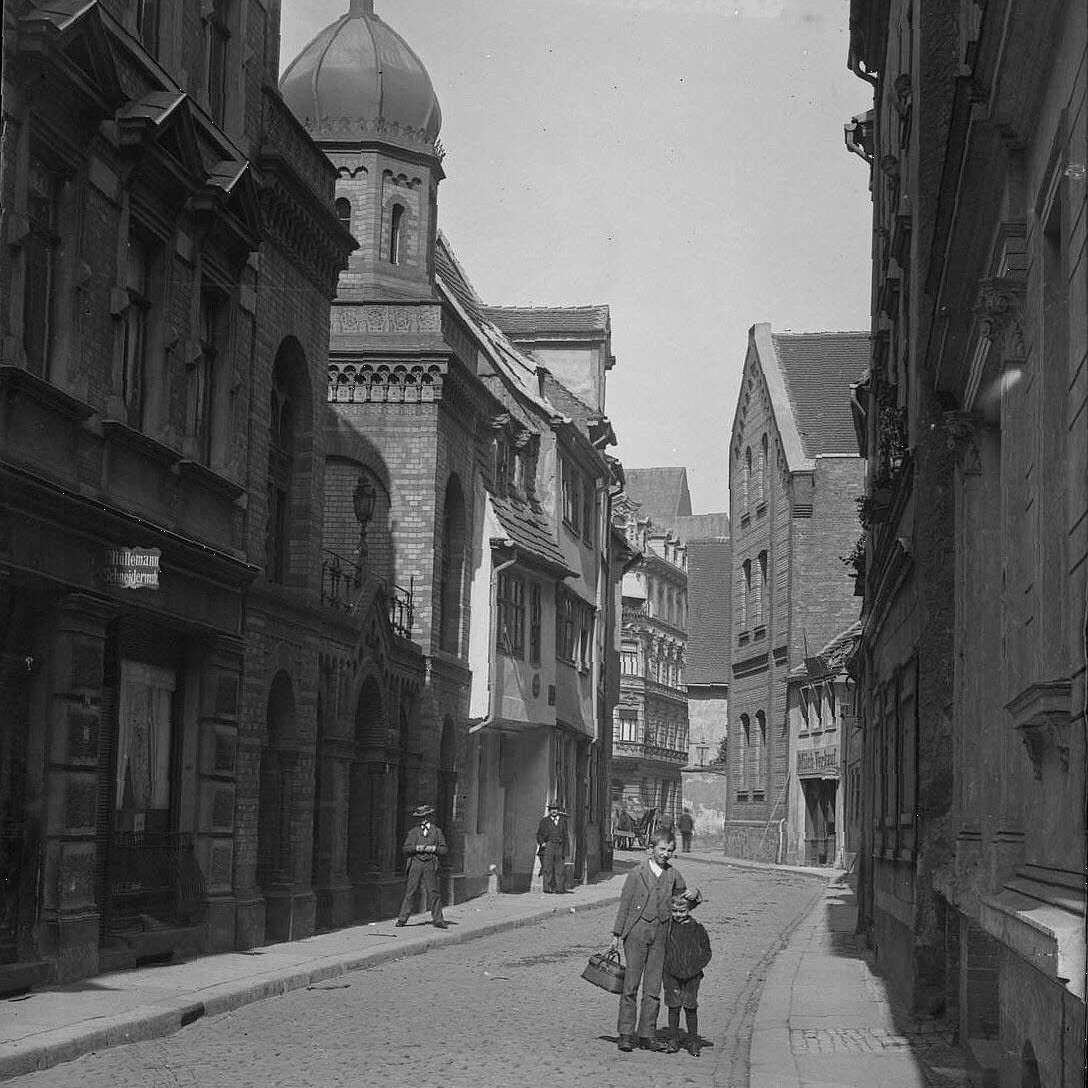 Under the guard of Halle Castle, founded in 806, three settlements were formed, whose inhabitants lived from boiling and salt trading. Probably around 1000, a few Jews were already living in Halle, which was then under archiepiscopal rule. The first reliable sources about a Jewish community in Halle date back to 1184. 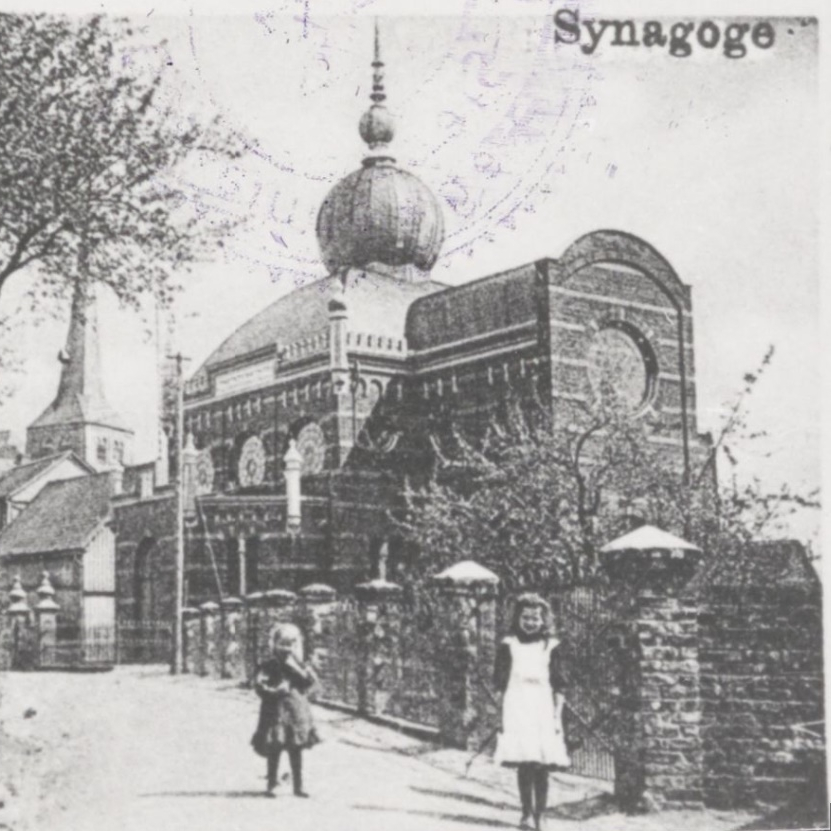 The "Landjuden an der Sieg" memorial in Windeck/Rosbach commemorates the Jewish tradition of the region. In 1994, this memorial was opened in the former home of the Jewish family Seligmann. Twelve of their family members were victims of the Holocaust, the rest and their descendants are scattered elsewhere in the world today. Some descendants have documented their return to the region in a film project. 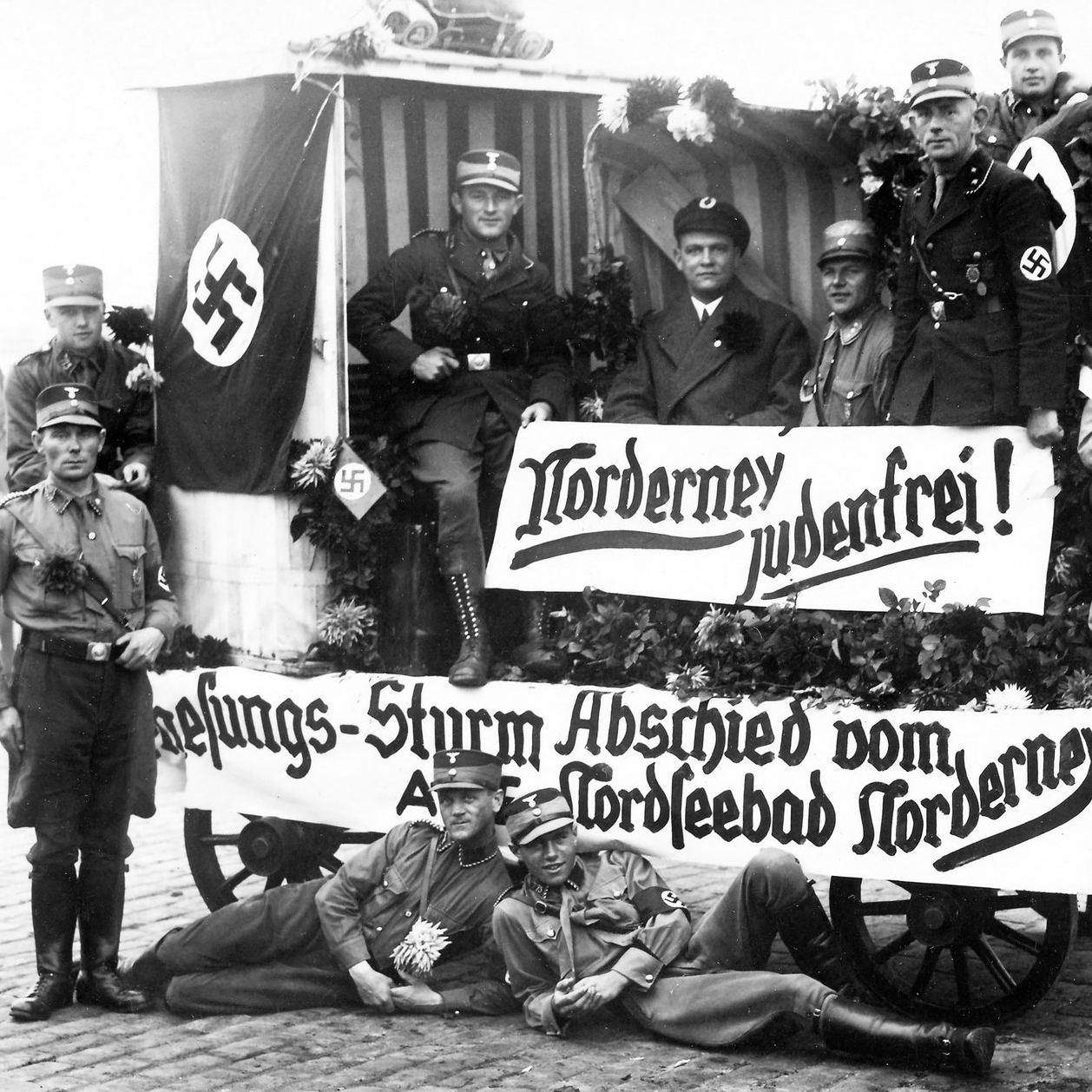 The Jewish community of Norderney was not an independent synagogue community, but a branch community from the north. It had its own synagogue, which was available primarily to Jewish bathers staying here. In connection with the bathing business, Jewish families also settled on the island from the middle of the 19th century.

On this page we introduce all of our partners.

7 locations in Germany are the first to participate in the interactive online ehibition of the United Nations and the Center for Persecuted Arts in Solingen. The 7 places on the timeline are supplemented by international memorial sites and institutions. The web exhibition is already presenting more than 20 partners with their founding date or with an event. 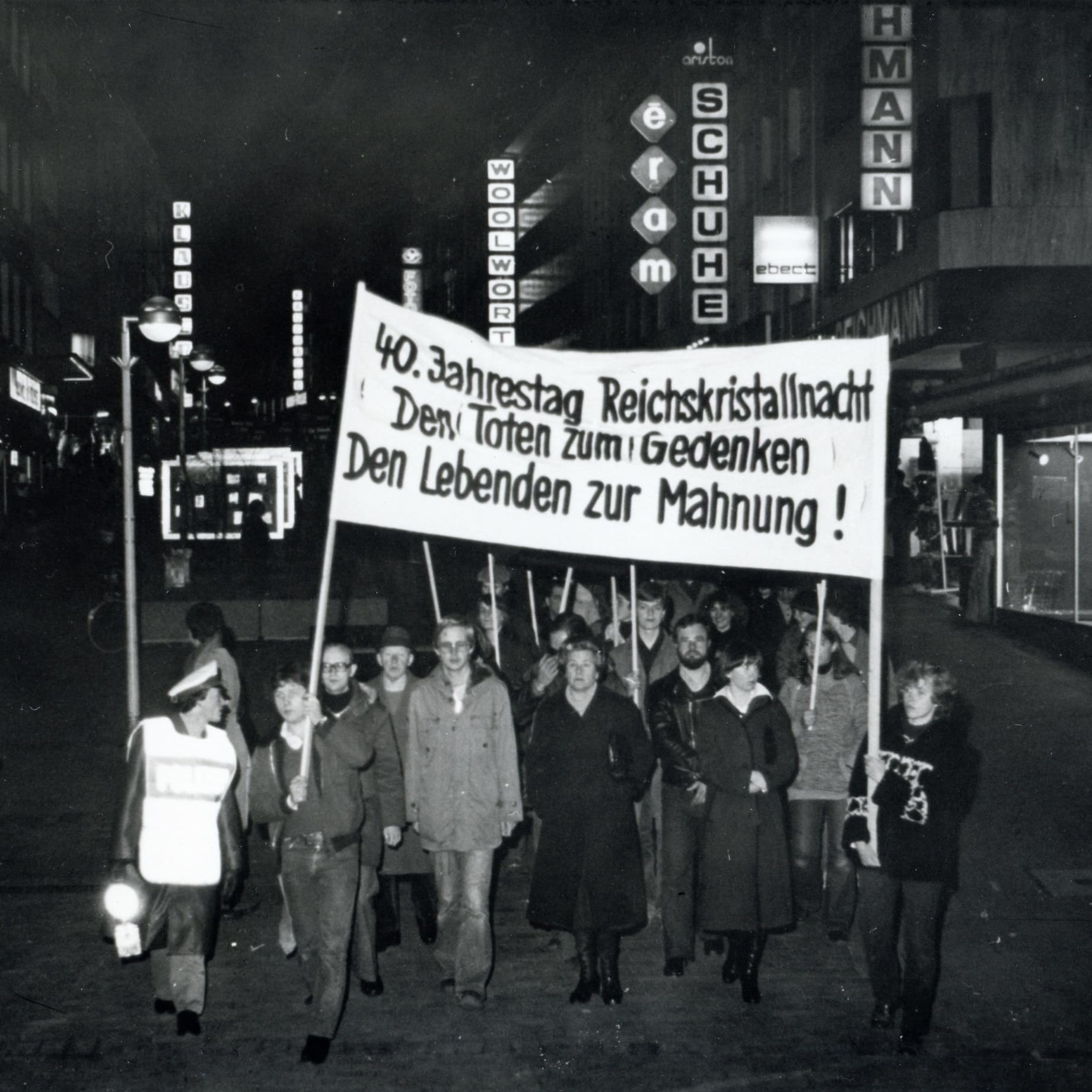 The first Jews probably settled in Solingen in the 15th century; but it was not until after 1710 that other families moved in, which merged into a small community in the course of the 18th century. Most of the Solingen Jews were small traders at that time, selling textiles, hides and skins; few traded in products from the blade production that was and is still so important for the region. 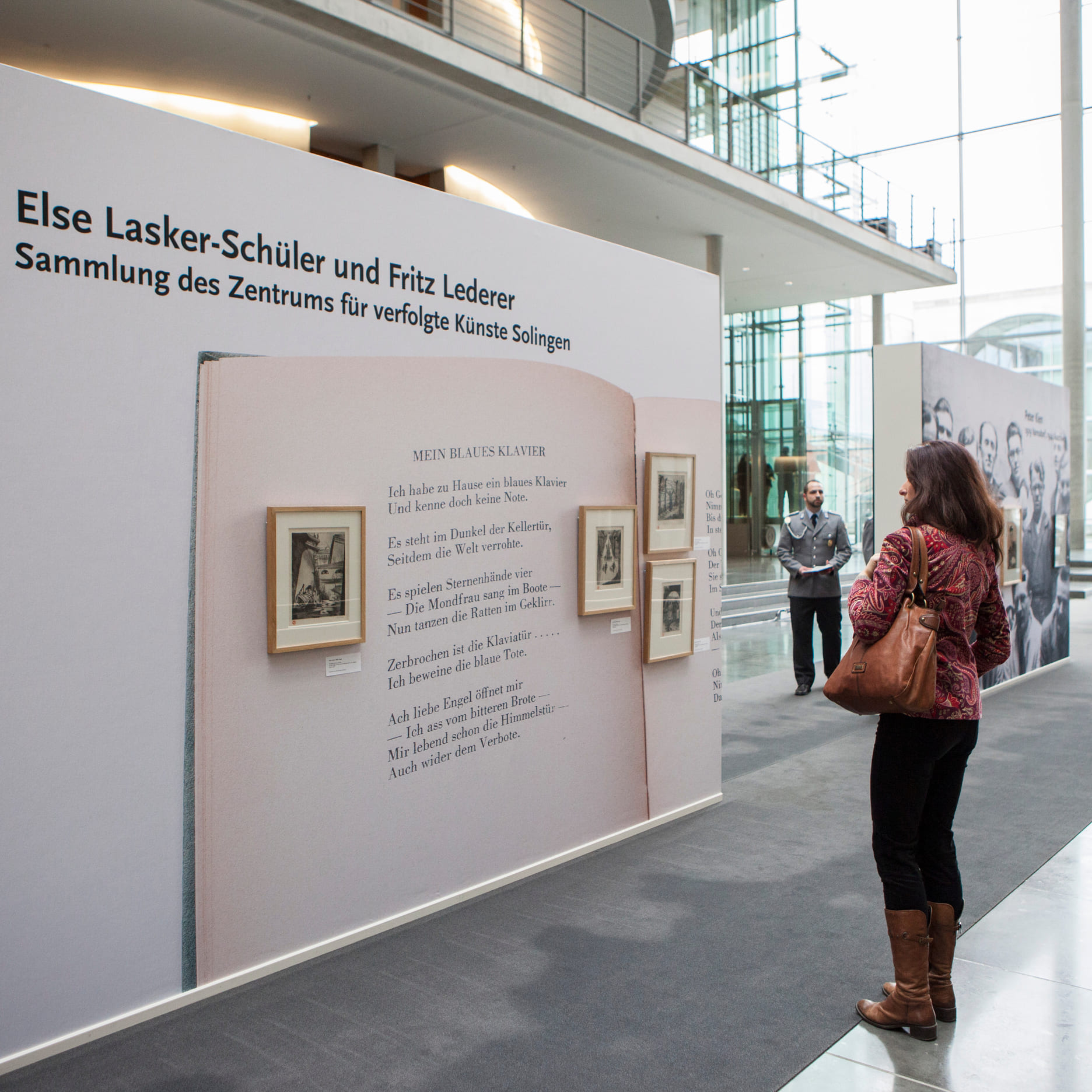 On this page you will get an insight into the variety of projects already initiated and the possibility to deal more intensively with the different approaches to the culture of remembrance. 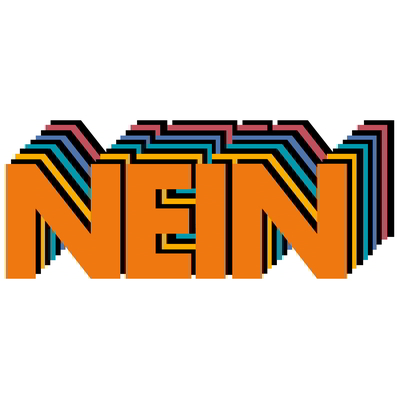 All three exhibitions at the Center for Persecuted Arts in the spring and summer of 2021 are subsumed under the Tucholsky quote “… and to say loudly: No.” Kurt Tucholsky published his somber prophetic admonition in 1921: “Nothing is more difficult, and nothing requires more character than to find oneself …

Responsible for the exhibition are the Museum Center for Persecuted Arts with the assistance of the Holocaust and the United Nations Outreach Programme as a multimedia educational resource source in remembrance of, and to educate about, the 1938 November Pogrom.